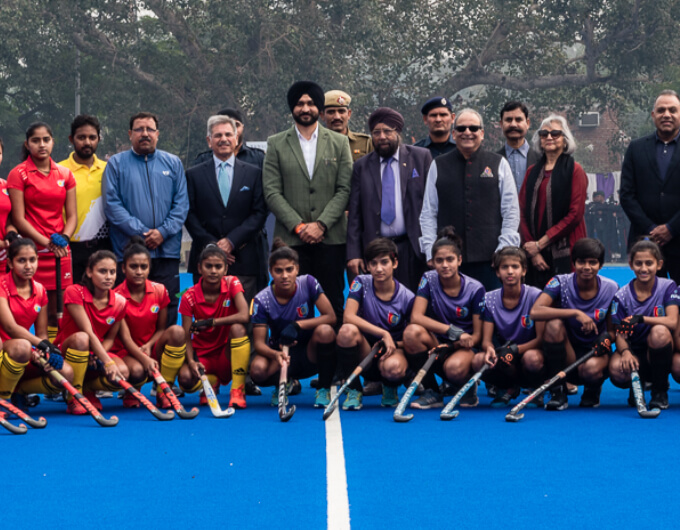 In 2018, we celebrated the birth centenary of the late Charanjit Rai – industrialist, member of Parliament and former member of the All India Hockey Team. We were inspired to commemorate his life and legacy through the sport that he cherished the most – Hockey.

During his college years, Charanjit Rai was a force to reckon with on the hockey field. He captained the Punjab University Eleven and the Punjab Provincial Hockey Eleven in 1938. As a formidable forward, he was a prominent member of the All India Hockey Team in 1938, 1940 and 1942, playing alongside hockey stalwarts like Dhyanchand and Roop Singh. If not for the cancellation of the 1940 Olympics during the Second World War, he would have become an Olympian as well.

Despite not wielding a hockey stick since his early working years, he kept his interest in sports alive throughout his life.He did all he could to serve sporting bodies and guide them with his usual progressive outlook and open mind. He was elected twice as the president of the Bombay Hockey Association and he was also the chairman of the Bombay region of the National Sports Club of India. He turned to the administration of hockey, because, as he said, “It offered me a way of serving, in my humble way, the great sport that taught me innumerable lessons in life.” 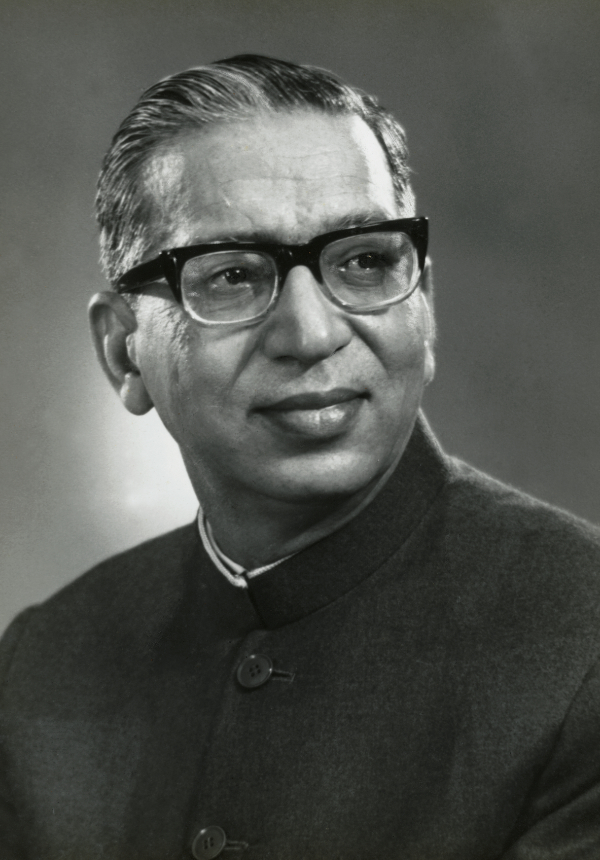 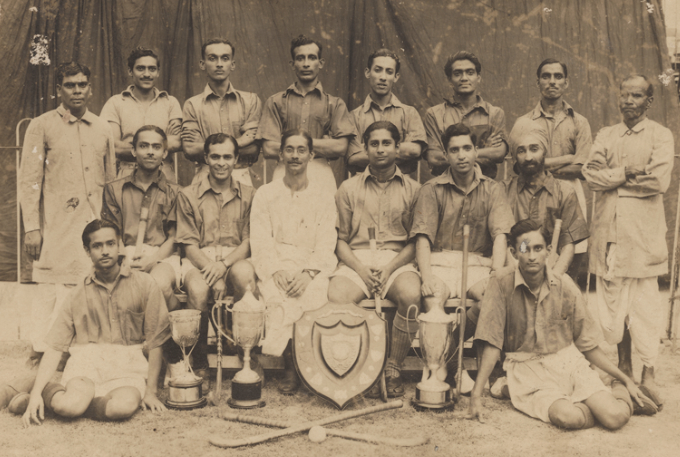 A picture from his early years as a hockey player 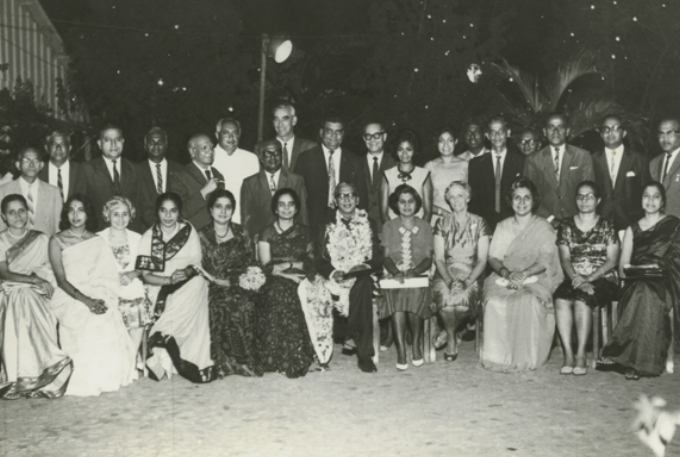 Being felicitated by the Bombay Hockey Association after winning the Lok Sabha elections.

We partnered with the Jawaharlal Nehru Hockey Tournament Society, to turn our vision into reality. This organization was started in the mid 1960’s in Delhi, as Olympians and hockey supporters came together, motivated by India’s loss to Pakistan at the 1960 Olympics. Since its inception, it has had a strong administrative team of former senior government officials and people closely connected to hockey, with the purpose of reviving and promoting thesport.

We chose to support young girls in the Jawaharlal Nehru Hockey Tournament because we believe that if modern India is to reach greater heights, the women of our country must have the opportunity to achieve their full potential.While sports can be a significant avenue for women’s empowerment, we also hope to create a platform to inspire and empower girls to excel in whatever field they choose.

The Girls under 17 tournament is played on an Astroturf pitch that is made to international specifications, over 12 days with 21-22 teams coming from across the country to compete. Every year, selectors from Hockey India visit the tournaments in search of rising talent that can be groomed at national hockey camps, with the hope of one day representing India. 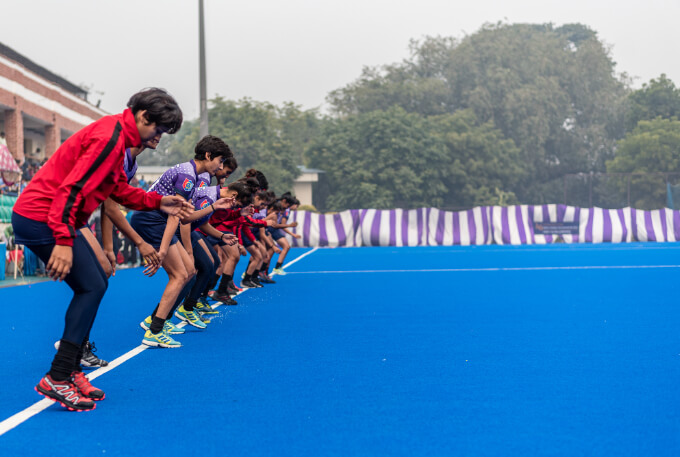 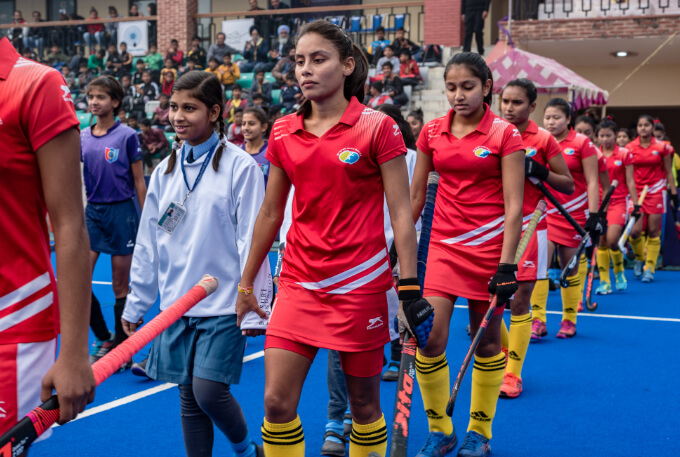 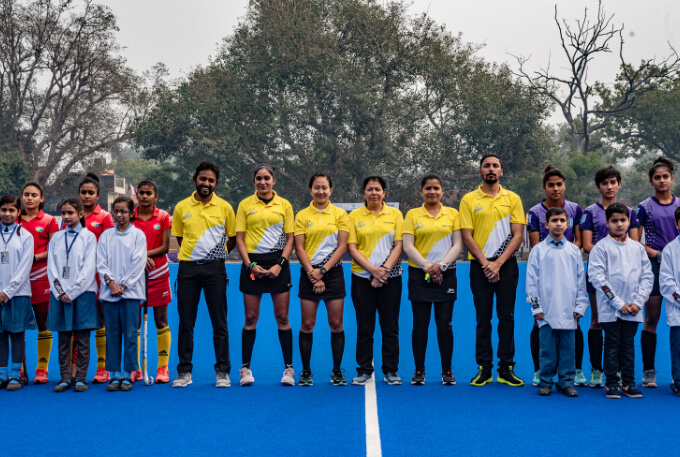 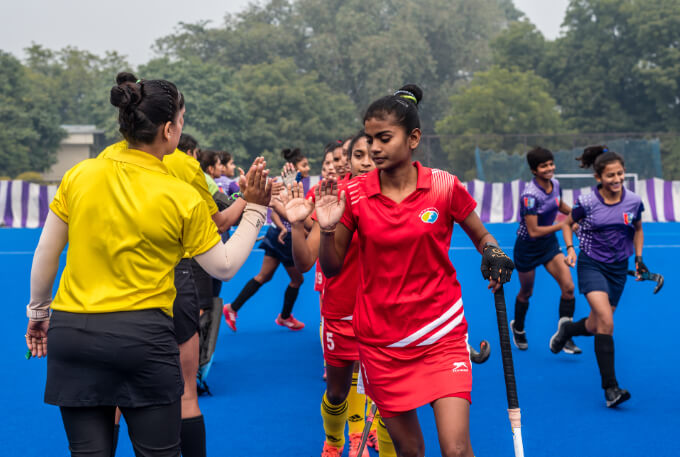 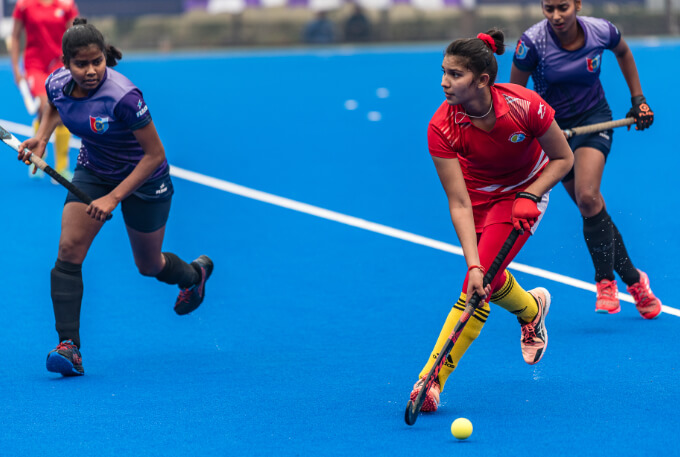 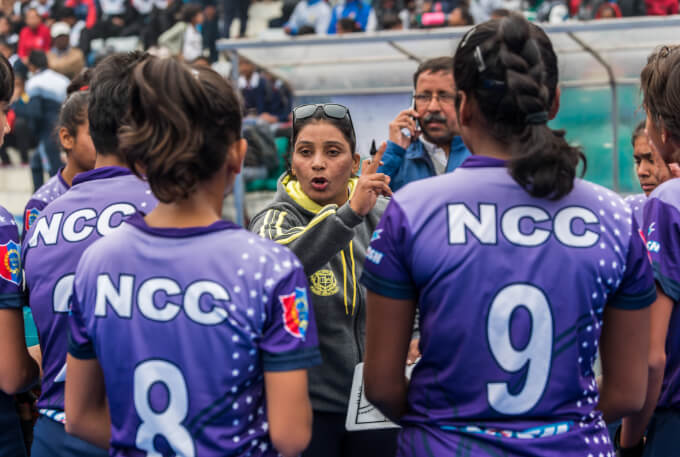 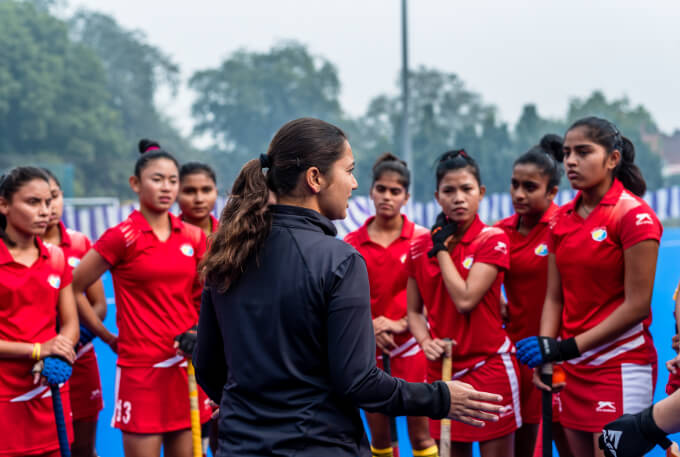 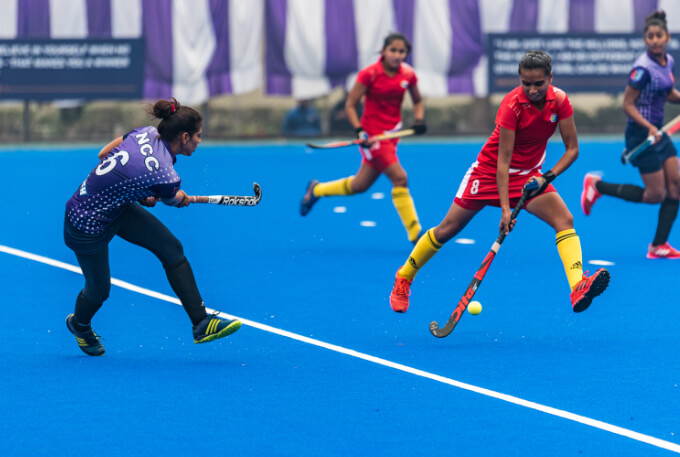 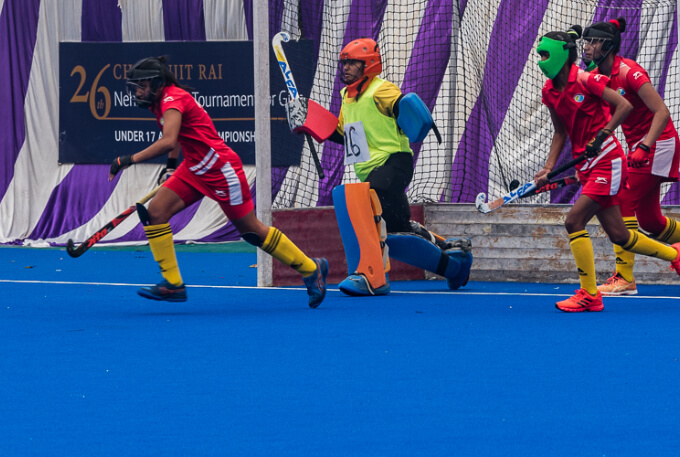 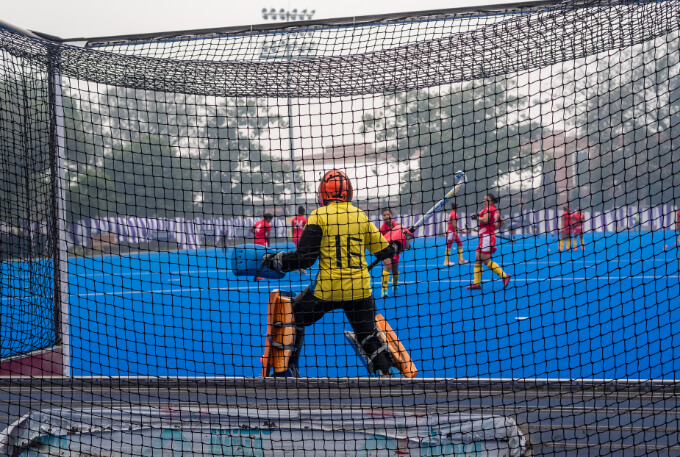 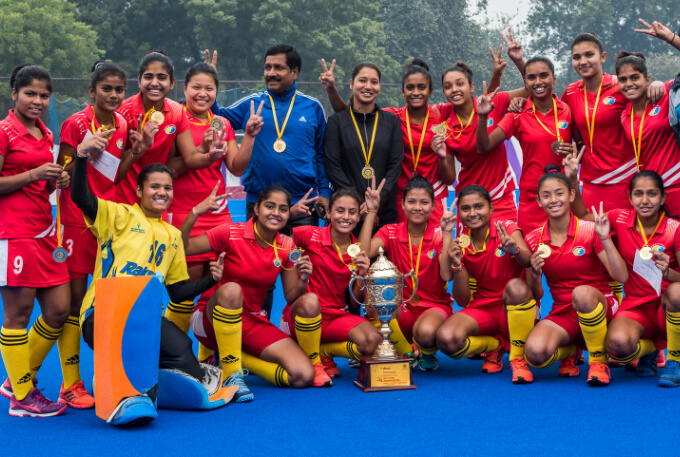 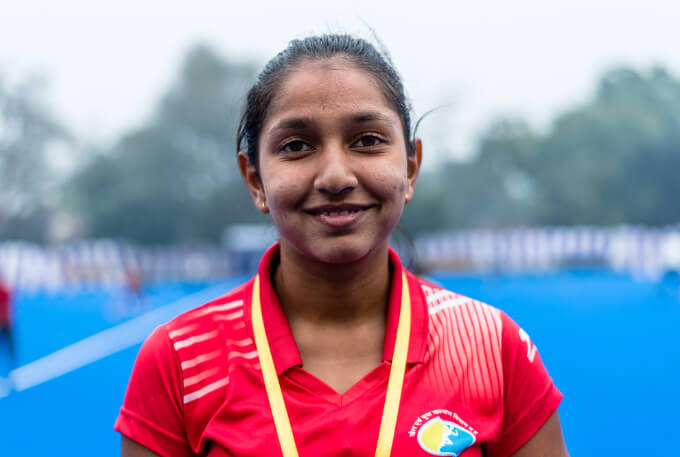 Our aim was to breathe new life into the tournament and make it a springboard for young talent. Over the years, we’ve innovated in various ways to create an environment where the girls are supported and encouraged to excel: 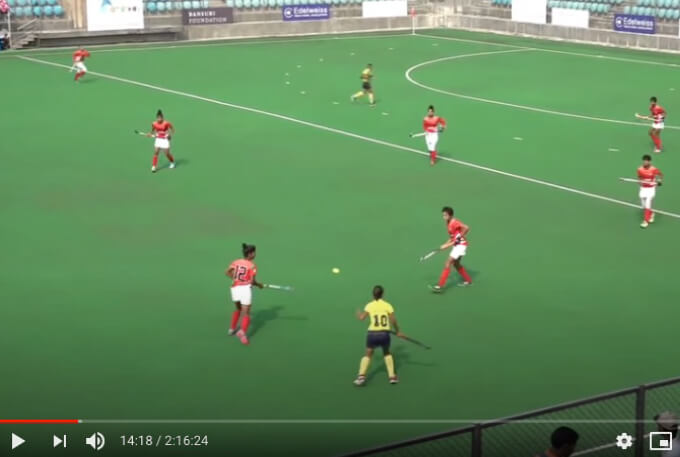 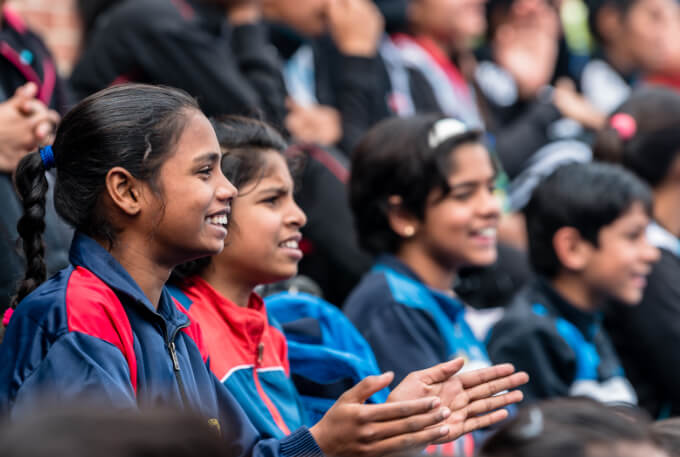 Exposure, encouragement and excitement towards the sport 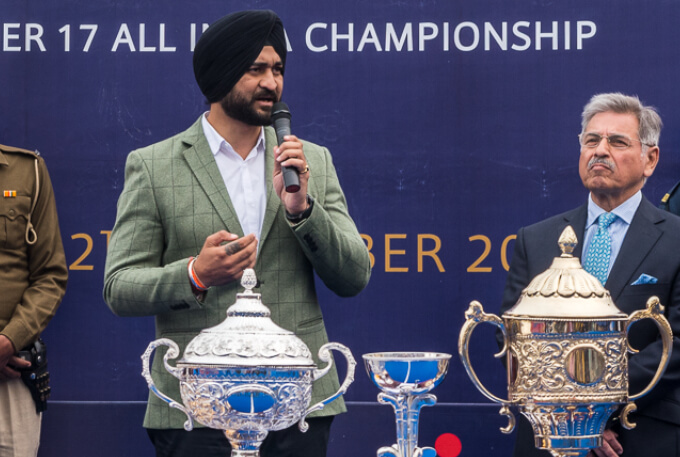 The Charanjit Rai 25th Jawaharlal Nehru Hockey Tournament was held from 1st October to 12th October at the Shivaji Stadium in Delhi.

Mr. Sardara Singh, the youngest player to captain the Indian hockey team, inaugurated the event and former navy chief, Admiral Sunil Lanba, was the chief guest for the closing ceremony.

21 teams participated in the tournament from all around India and 2,950 student spectators from various Delhi schools were present for the opening and closing matches.

The best player of the tournament was awarded to Simranjeet Kaur of Khalsa College Senior Secondary School, Amritsar, Punjab along with a prize amount of Rs. 25,000.

The semi-final matches propitiously overlapped with the International Day of the Girl Child (October 11th).

22 teams participated in the tournament from all around India and 1,229 student spectators from various Delhi schools & NGO’s were present for the closing matches.

The best player of the tournament was awarded to Jyoti Singh of Kiddy’s Corner Higher Secondary School, Gwalior, Madhya Pradesh along with a prize amount of Rs. 25,000. 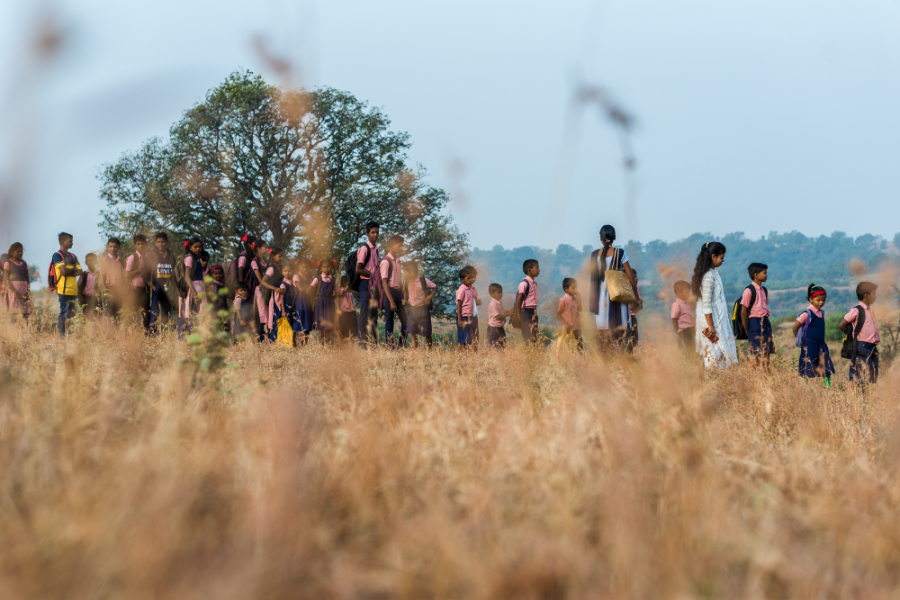 Go back to see all our recent work and passion projects

A unique yet simple model of self-reliance in rural development 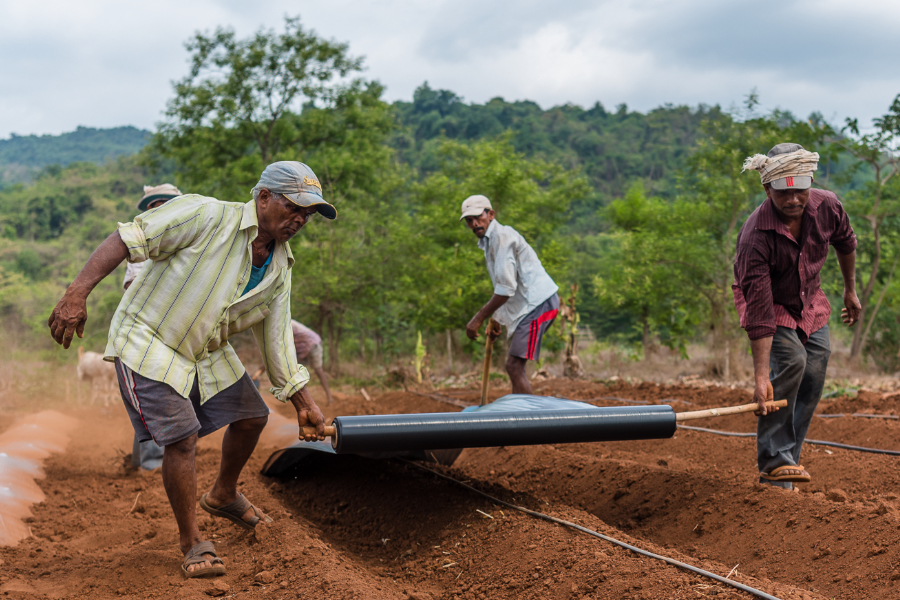